The epicentre of
Earl’s Court’s community

Barkston Gardens was originally built on the site of Earl's Court House and was let in 1829 to Mary Bradbury to run as a private lunatic asylum for ladies! We found this picture at the Kensington & Chelsea archives of these lovely ladies dancing around the grounds with their pet cows. This was one of only three estates in Earl's Court at the time; the rest of land was rural until the dramatic surge of building in the 1880s. John Roberts & James Whitaker built most of the houses here from 1886 to 1889. When first marketed, property adverts made particular mention of their ‘perfect freedom from sewer gas’! This seemed to be a selling point to Dame Ellen Terry, who moved into no.22 in 1889. Dame Ellen was the Dame Judy Dench of her day, famed for acting the greatest female roles on the premier stages of the era. Like its neighbour Bramham Gardens, this square contains only red brick style architecture with handsome white trim features around doorways and windows. The East side of the square are period conversions; the West and South are largely grand lateral mansion block apartments, with some spanning over 2,500 sq ft. The North side of the square is mostly made up of boutique hotels. 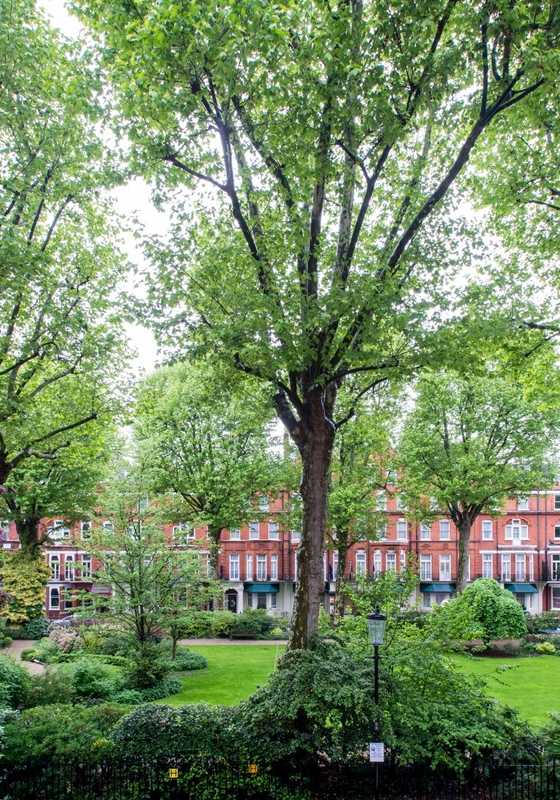 Back at the turn of the century, one could buy a full Freehold house or mansion apartment in Sheridan Court, for instance, for between £1,200-£3,000 and get up to 5,000 sq ft of internal space! Over the last two years, the average price for an apartment here is £1,284 per sq ft and the best price achieved was £1,528 per sq ft – not much bigger than your computer screen!
Pop in for a coffee and a chat with Toby Churchus, our sales manager, to run through all the latest and greatest stats for your square or book a valuation.

Over the last two years, the average price for an apartment here is £1,534 per sq ft and the best price achieved was £1,972 per sq ft – not much bigger than your computer screen!
Pop in for a coffee and a chat with Eloise Williams, our sales manager, to run through all the latest and greatest stats for your square or book a valuation.

The communal garden is almost tropical with a dense tapestry of tall plane trees; which does make it dark at times but also gives it a magical privacy, as if you were suddenly in a fairy tale forest. There’s a wonderful children’s playground here too.

Segmented into two separate landscaped parts, residents of the square have the right to apply for a key fob to the communal gardens and be far from the madding crowd in this beautiful oasis: there’s a children’s playground and table tennis here too!