Saved by Sir Cyril Taylor in the late 1980s

In the Eighties developers wanted to replace Lexham Gardens’ green oasis with an underground car park. Salvation came from local resident Sir Cyril Taylor, businessman and adviser to Margaret Thatcher, who stepped in to buy the freehold of the Kensington garden from under the developers’ noses for £71,000.

Educator and social entrepreneur Sir Cyril Taylor teamed up with designer Wilf Simms to redesign and replant it. When the garden reopened in the summer of 1991, Lexham Gardens was awarded first prize in the All London Garden Squares Competition, competing against entries from 100 other squares.It was awarded first prize three more times, and came second in 2009; today it is still plain to see why.

The renovation divided the gardens into compartments, with a little stream, and overgrown, secret walks leading to an open lawn. Beyond that is a rose garden and everywhere you look the garden is bursting with interesting trees and plants. 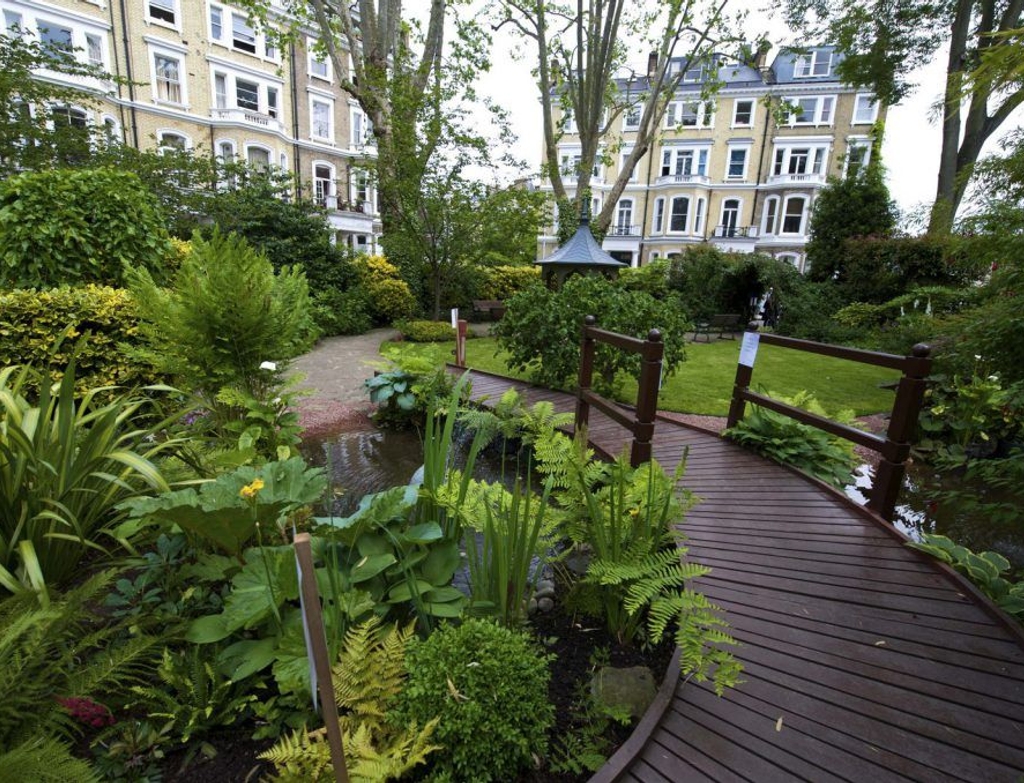 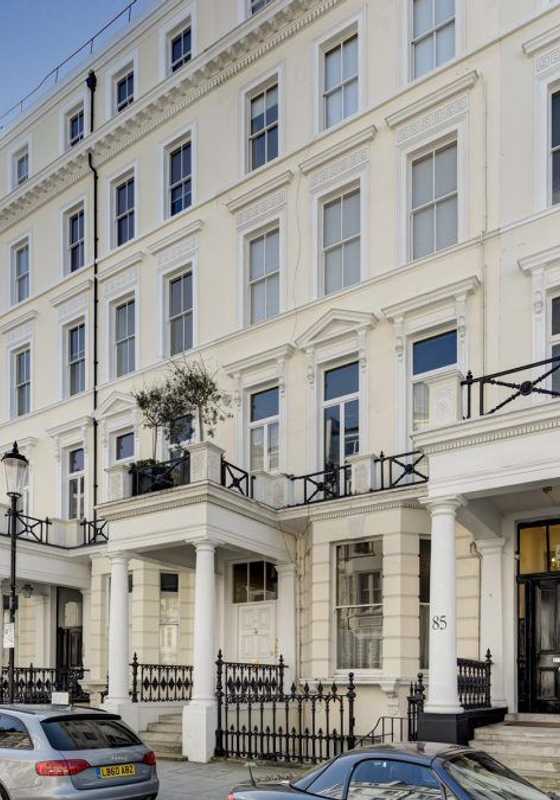 Back at the turn of the century, one could buy a full Freehold house in Lexham Gardens for only £417,000. So, only 9 times more expensive now then!

Over the last two years, the average price for an apartment here is £1,260 per sq ft and the best price achieved was £1,719 per sq ft – not much bigger than your computer screen!
Pop in for a coffee and a chat with Eloise Williams, our sales manager, to run through all the latest and greatest stats for your square or book a valuation.

Small, at one acre, but perfectly formed and cleverly planned, the gardens are set out in six zones, with a social area with two ponds, a gazebo and benches, a quiet reading area with lawns, a shrubbery, a main lawn with a bronze statue of a horse, a children’s playground, and a rose garden. The garden is now owned by a trust held for the benefit of residents.